First, I printed out two copies of Jack Skellington’s divided-up face in yellow on a few sheets of paper. Then I put a little bubble wrap to act as a diffuser around a bunch of flickering yellow LEDs. The LEDs were powered by CR2032 coin cells with three LEDs per cell. Finally I sandwiched the LEDs between each copy of a part of Jack’s face, and attached these to an orange shirt with double sided tape. 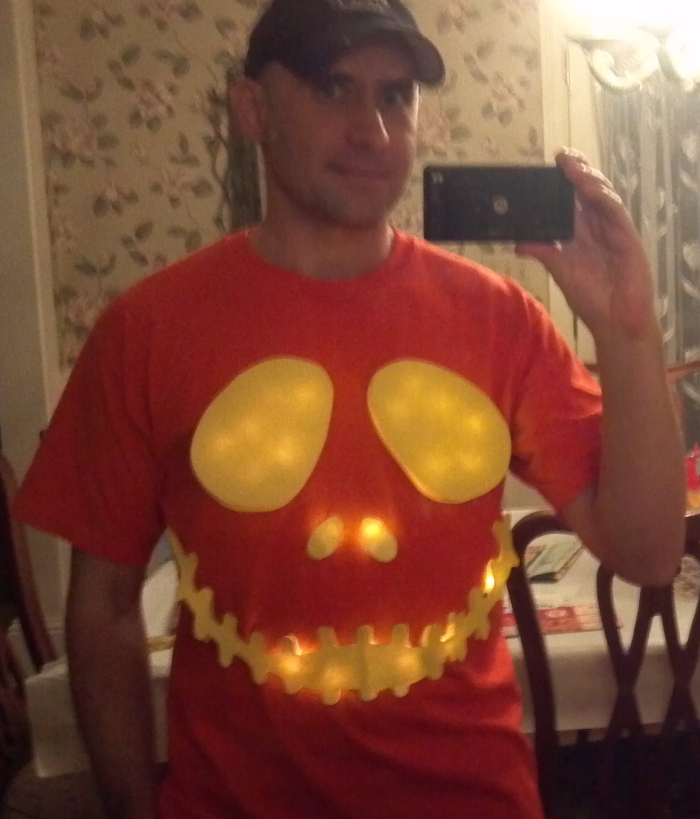